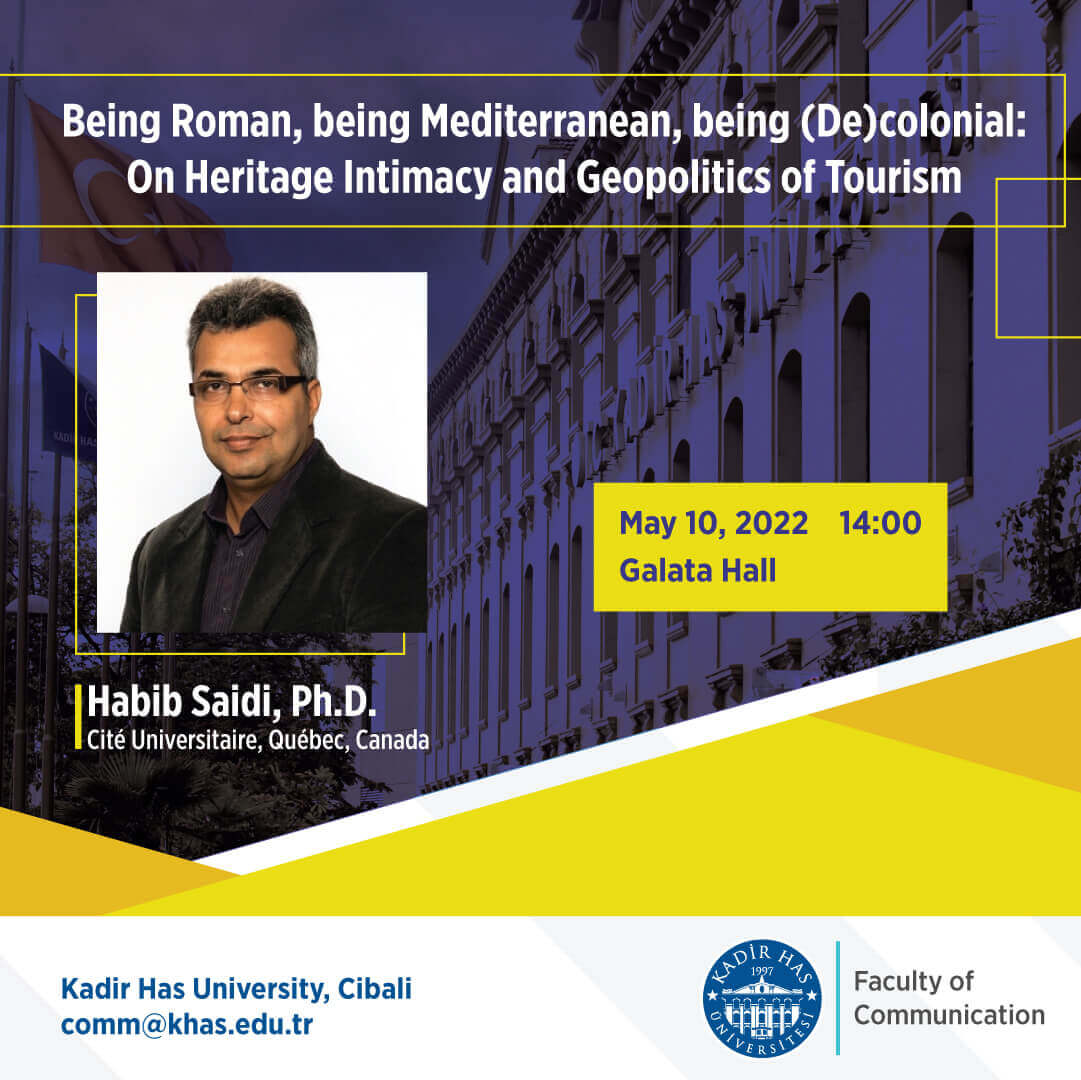 Prof. Dr. Habib Saidi: Being Roman, being Mediterranean, being (De)colonial: Heritage Intimacy and Geopolitics of Tourism 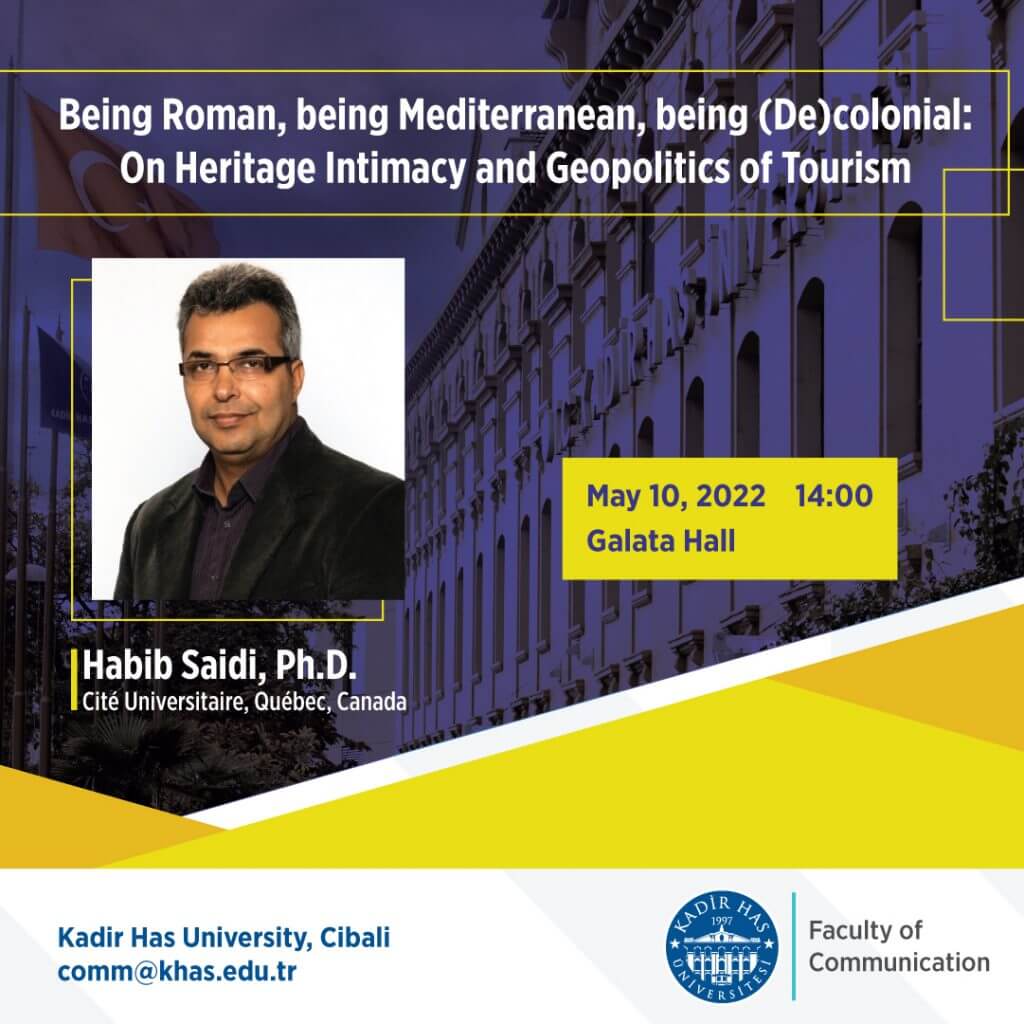 Kadir Has University Faculty of Communication hosts Prof. Dr. Habib Saidi with his speech “Being Roman, being Mediterranean, being (De)colonial: Heritage Intimacy and Geopolitics of Tourism” on May 10 at 14.00 in Galata Hall.

Abstract: By targeting its seaside tourism, Tunisia was putting both its geostrategic position in the heart of the Mediterranean and its Roman heritage at the very centre of its cultural offering. This heritage legacy, of inestimable value, is often envisioned as a Tunisian ‘Romanness’ that ‘dares not speak its name’, but widely celebrated through aids to tourist promotion. It is presented as a territorial and genealogical marker, a kind of “geocultural DNA” which testifies to the country’s belonging within the “large Mediterranean family”, hence the concept of heritage intimacy which will be developed in this lecture. In the Tunisian context, this “imagined” intimacy is, however, impregnated with ambivalence, both political and social, between the desire to assume this Tunisian Roman identity as a family tie to Europe and the embarrassment, even the shame, of ackowledging it, assimilated as it is to the European colonial domination whose sequel weighs still on the country’s collective memory. And then, on the other hand, the notion of the Mediterranean is itself invested with a tension between two contradictory images of itself which mark the Tunisian collective imagination: the image of the mothering mother-sea of history and its links opening onto Europe, somewhat as a way connecting with a terrestrial paradise, and then the image of the cemetery-sea the burial site of young Tunisian cadavers forgotten or shrugged off – and even more of Africans and Maghrebians – shipwrecked during their clandestine migration attempts towards that same Europe more and more closed in upon itself.

About the Speaker: Habib Saidi is a full professor of ethnology and museology at Laval University, Canada, where he is also director of the Multidisciplinary Unit, Capital cities and Heritage. His research focuses on the study of the heritage/tourism/museum trinity. He is also interested in the comparative study of cities especially those located in North America and in the Mediterranean area. After studying Quebec City and Tunis as national capitals, world heritage cities and international tourist destinations, he is currently conducting a SSHRC-funded research project on over-tourism and urban and heritage gentrification in Barcelona and Montreal. He is developing another research project on shared heritage by exploring fields in Quebec, Spain, Tunisia, Morocco and more recently Turkey.